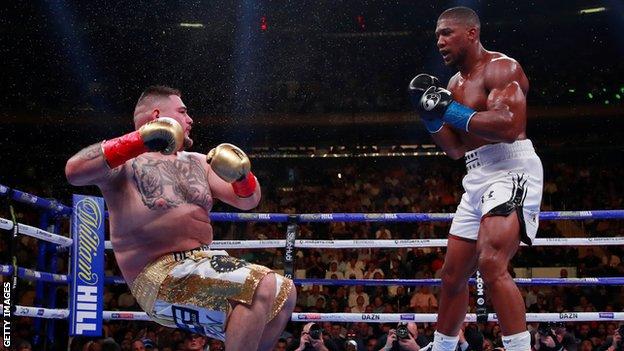 Anthony Joshua says he will not be happy with his legacy in boxing if he fails to become a world champion again. The 30-year-old Briton lost three of the four heavyweight belts to Andy Ruiz Jr in June and the pair will fight again on 7 December in Saudi Arabia.

Joshua said that he knows the “issues” that led to the shock loss and explained how he has crucially funded better sparring for the rematch. “I don’t think I would be content if I don’t win the titles,” said Joshua. “For me as a man it means more than anything.” Asked if his legacy hinges on this bout, Joshua said: “When it’s all said and done and I hang up my gloves, that’s when we can have the debate about legacy.” But asked if he would be content with a legacy as a one-time world heavyweight champion he simply replied “no”. “I’ll beat Andy next time,” he added. “You’ll be asking me a whole heap of different questions on December 8th.”