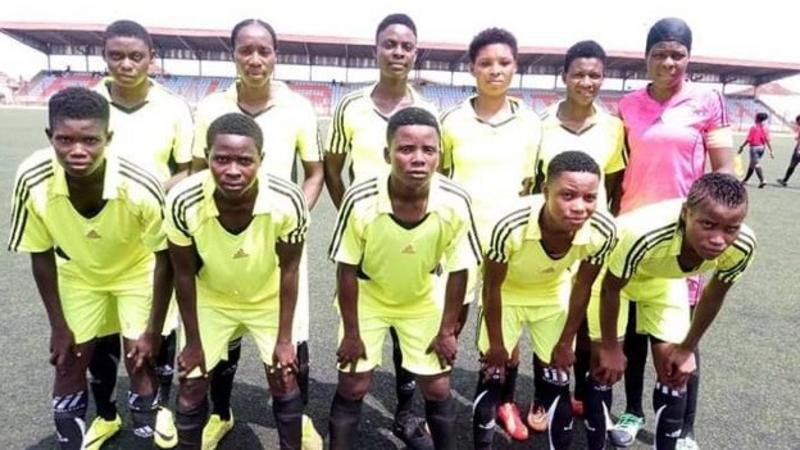 The Edo State government in southern Nigeria has announced it will pay its women’s team Edo Queens the same as its men’s side, Bendel Insurance. The state own both teams with the men’s side playing in the Nigerian second tier and the women’s in the Women’s Premier League. “We believe that there should be no discrimination between the male and female teams,” deputy governor Philip Shaibu said.

“Bendel Insurance standard and that of Edo Queens are going to be the same. There will be no gender discrimination among them in terms of welfare, in terms of salary. “The plan is to make Edo Queens the highest paid female team in Nigeria. That is what we want to achieve.” Bendel Insurance, one of Nigeria’s leading league teams in the 1970’s and early 80’s, were winners of the now defunct CAF Cup in 1994. It also produced former international stars like Kadiri Ikhana, Thompson Oliha, Friday Elahor, Julius Aghahowa and Peter Odemwingie. “Imagine Edo Queens have never been relegated but we know about the men’s. We are putting both teams on the same scale,” added Shaibu. “The male team have not been able to get to the semi-final of the FA Cup for over 12 years, but Edo Queens have been in the semi-final for the past four years. “Why do we now pay Bendel Insurance more than them. Is it because they are women? “So we decided that we have to upgrade them to the same level.” Only a handful of clubs in the cash-strapped women’s league are self-sufficient under private owners, while 18 of the 20 teams in the men’s top division are under government management. Back in July, Super Falcons captain Desire Oparanozie demanded that Nigeria’s women’s team are paid the same as their male counterparts. The Super Falcons are the continent’s most successful national side with nine titles and remain the only African team to have played at all eight Women’s World Cup finals. Yet the women can expect US$3,000 for a win and $1,500 for a draw at major tournaments, while the men’s team receive $10,000 and $5,000 respectively.