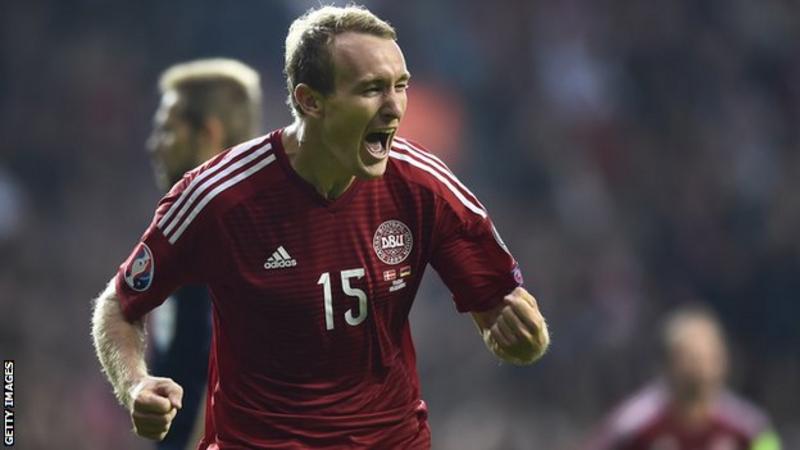 Danish side Brondby have quarantined 13 people, including a player and their assistant coach, after former Denmark international Thomas Kahlenberg was diagnosed with coronavirus. Brondby director of communications Christian Schultz says Kahlenberg contracted the virus in Amsterdam last weekend and was at Brondby’s game against Lyngby on Sunday.

Defender Joel Kabongo, 21, is in quarantine alongside assistant coach Martin Retov, while Lyngby also have three players in isolation. Schultz said that Kabongo met Kahlenberg after the game because they were former team-mates and they “shook hands”. Schultz also confirmed that their data analyst, psychologist and nine members of staff, including their chief executive Ole Palma, were in isolation. Lyngby midfielder Martin Ornskov, right-back Kasper Jorgensen and left-back Patrick da Silva are also in 14-day quarantine after meeting Kahlenberg after the game. Schultz said Kahlenberg was “very, very sorry for the commotion he’s caused” but he was in “good spirits”. He also revealed former Liverpool midfielder and now Ajax assistant coach Christian Poulsen is in quarantine after being with Kahlenberg in Amsterdam. Dutch newspaper De Telegraaf are also reporting that exercise physiologist Alessandro Schoenmaker and one of the Ajax physiotherapists are in quarantine.