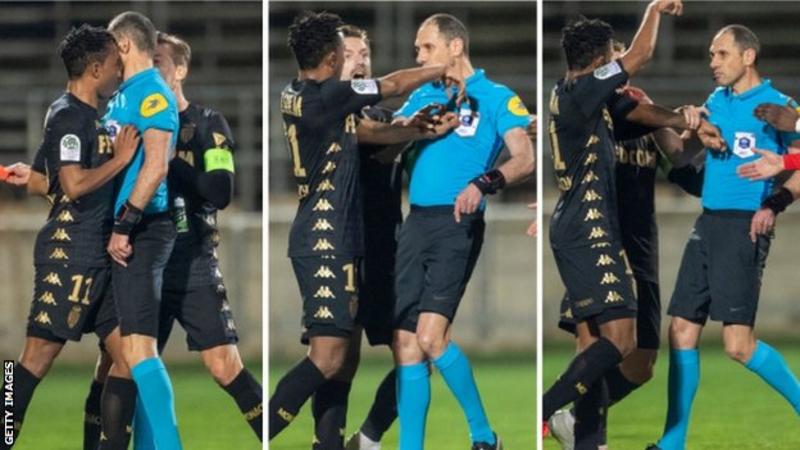 Monaco winger Gelson Martins has been banned for six months for twice pushing the referee in his side’s Ligue 1 defeat at Nimes last month. Martins had been indefinitely banned after the incident on 1 February.

The 24-year-old shoved referee Mickael Lesage after team-mate Tiemoue Bakayoko was sent off and pushed the official a second time after receiving a red card himself. Monaco lost the game 3-1 and are currently seventh in Ligue 1. Portugal international Martins has four goals and one assist from 23 games this season. In 1998, Italian forward Paolo di Canio was given an 11-match ban and £10,000 fine for pushing referee Paul Alcock to the ground after receiving a red card for Sheffield Wednesday against Arsenal.