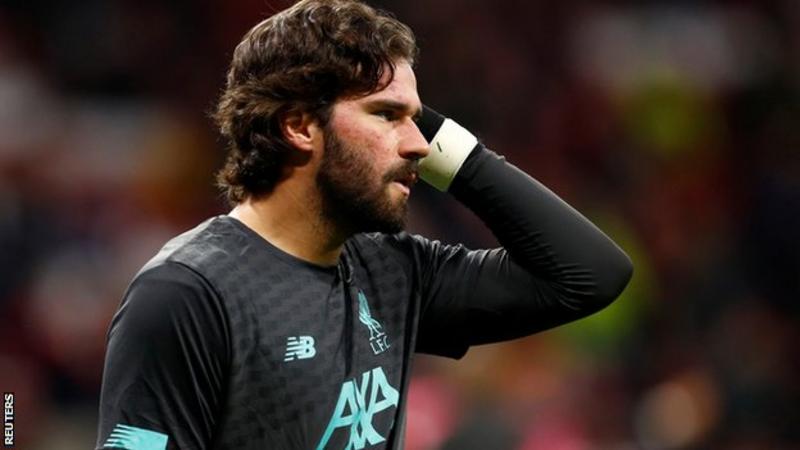 Liverpool have confirmed goalkeeper Alisson will miss next week’s Merseyside derby with a hip injury. The 27-year-old has missed the last two matches and has now been ruled out of Monday’s trip to Everton as well as Wednesday’s Champions League second-leg game with Atletico Madrid. Stand-in Adrian will continue in goal.

The former Roma keeper has been left out of the Brazil squad for their World Cup qualifiers against Bolivia and Peru on March 28 and 1 April. Alisson, who has played 28 times for Liverpool this season, picked up the injury in training before the 2-0 FA Cup fifth-round defeat at Chelsea. The world’s most expensive goalkeeper when he joined Liverpool in 2018 in a deal worth up to £66.8m, Alisson also missed nine weeks of the campaign with a calf injury sustained in their opening league match against Norwich City in August.