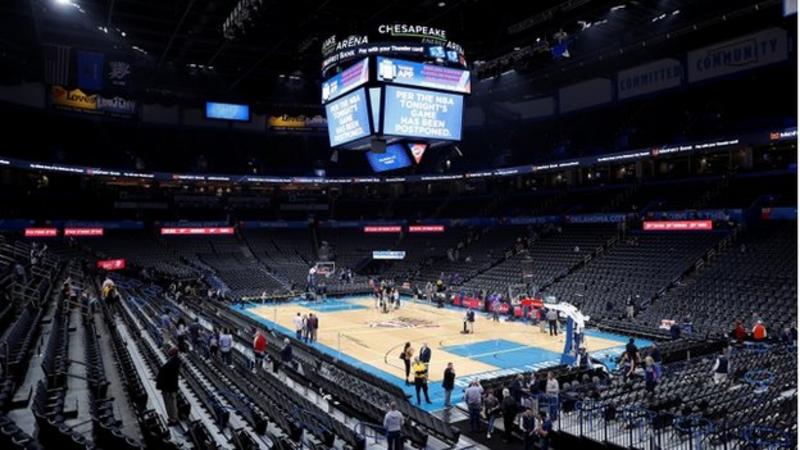 The NBA has announced that all matches will be suspended from Thursday until further notice, after a Utah Jazz player tested positive for coronavirus. The announcement was made just before the Jazz game against the Oklahoma Thunder was due to start on Wednesday. The NBA said the player who tested positive was not at the game. “The NBA will use this hiatus to determine next steps for moving forward in regard to the coronavirus pandemic,” a statement said. The Jazz vs Thunder game was postponed.

Unconfirmed reports say the player concerned was Rudy Gobert. Utah Jazz said a player tested negative for influenza and a respiratory infection, and then tested positive for Covid-19, the current strain of the coronavirus. The owner of the Dallas Mavericks, Mark Cuban, heard about the NBA decision at the game with the Denver Nuggets on Wednesday evening. “I thought this is crazy. It can’t be true,” he said. “It is like out of a movie. Unreal. “It is not about basketball and money. This is exploding to the point where I think about the families. We are making sure we are doing this the right way.” Detroit Pistons coach Dwayne Casey called it “unprecedented”, while Miami Heat coach Erik Spoelstra said he was “stunned”. “It’s a very serious time right now. I think the league moved appropriately,” Spoelstra added. Prior to the NBA announcement, the Golden State Warriors were set to play their home game against the Brooklyn Nets on Thursday behind closed doors. That was prompted by a city of San Francisco ban on mass gatherings of over 1,000 people for at least the next two weeks in a bid to slow the spread of coronavirus.