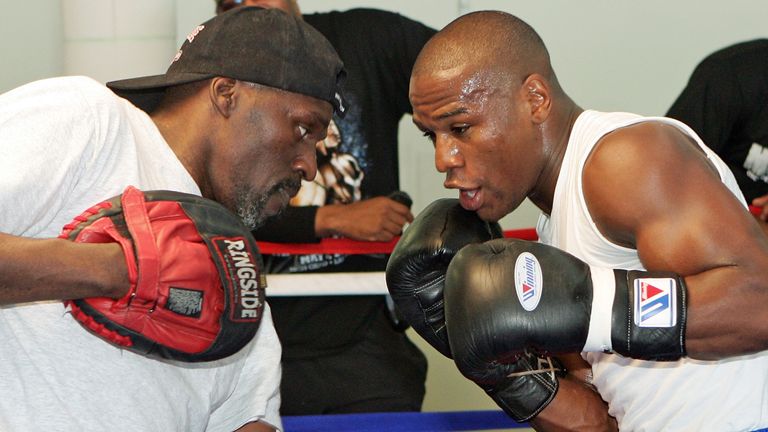 Roger Mayweather, former world boxing champion and uncle and trainer to Floyd, has died aged 58. He was a two-weight world champion in stellar 72-fight career that spanned 17 years. He then became the trainer to his nephew Floyd Mayweather who famously built himself into boxing’s top attraction and its pound-for-pound best fighter during the 2010s.

Floyd, in recent years, had addressed his uncle Roger’s poor health. Roger’s passing comes a week after the death of Josie Harris, mother to three of Floyd Mayweather’s children. Nicknamed ‘the Black Mamba’ Roger Mayweather became a professional boxer alongside his brothers Floyd Senior and Jeff. He was by far the most successful of the trio, and won world titles at super-featherweight and light-welterweight. Roger then became a key part of his nephew Floyd’s rise. Roger trained him for his debut although he was briefly replaced when Floyd Sr was released from prison and took control of his son’s career. From 2000 onwards Roger was in the corner for 20 consecutive fights with Floyd, including his famous battles with Arturo Gatti, Oscar De La Hoya and Ricky Hatton. But Roger was struggling with diabetes in 2016 and was again replaced as Floyd’s trainer by the boxer’s father.