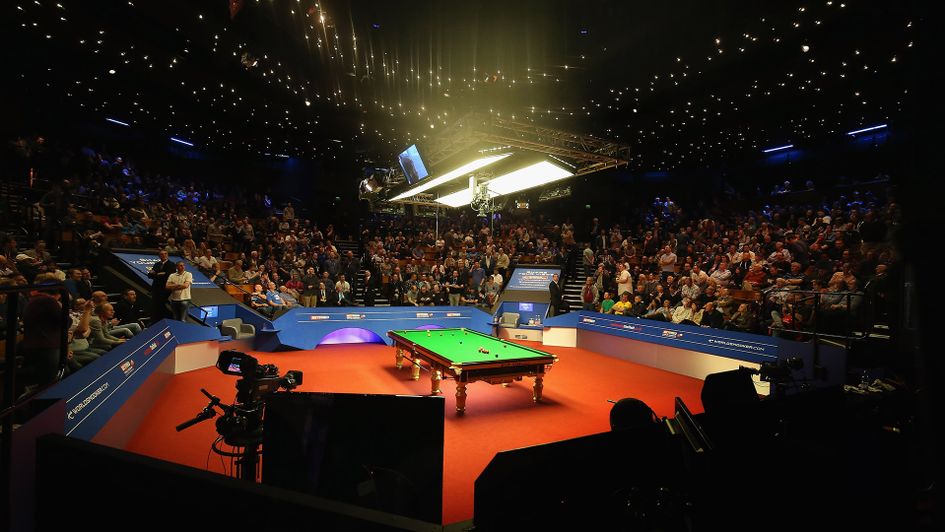 The World Snooker Championship has been postponed because of the coronavirus pandemic. Judd Trump had been due to defend his title at the tournament, which was scheduled to take place from 18 April to 4 May. Organisers hope to reschedule it in July or August. The championship, the 17th and final ranking event of the season, has taken place for 43 years running at the Crucible in Sheffield. World Snooker Tour chairman Barry Hearn said: “These are tough times for everyone but we are determined to get through it.

“Fans around the world – as well as the 144 players involved – are anxious to know if and when the World Championship will go ahead. “I can assure everyone that we are doing all we can alongside our broadcasters, the venues and other partners to confirm new dates as soon as possible.” World Snooker says it hopes to be able to announce rearranged dates for the tournament “in the coming days” after talks with broadcasters. On Tuesday, the Tour Championship in Llandudno – scheduled for 17-22 March – was postponed until 21-26 July. “Snooker players are self-employed. They need opportunities to earn prize money so we have a responsibility to them,” Hearn said. “We are currently exploring the potential to stage tournaments behind closed doors to keep the circuit alive, with more details to follow next week.” World number one Trump became the first player to win six ranking titles in a single season by taking the Gibraltar Open behind closed doors on Sunday. Meanwhile, the World Professional Billiards and Snooker Association (WPBSA) will provide support for players affected by the coronavirus outbreak. This includes immediate financial, travel and practical help for all players on the main tour. WPBSA chairman Jason Ferguson said: “All of us at the WPBSA care about our players and will do everything in our power to help everybody through at this difficult time.”