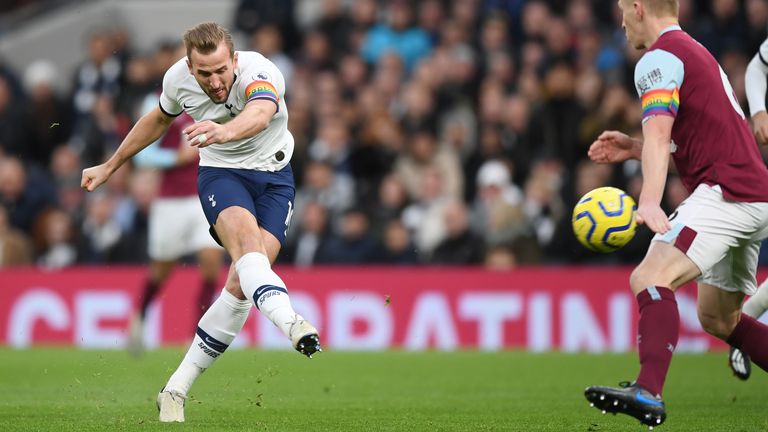 Harry Kane fears the Premier League season may not be completed following the coronavirus pandemic unless it has reached a conclusion by the end of June. UEFA president Aleksander Ceferin admitted this weekend the European football season “would probably be lost” if it won’t restart by the end of June at the latest.

The governing body of European football has set up a task force to draft up a potential calendar for federations to follow after the coronavirus pandemic forced all of its major leagues to halt. Speaking to Sky Sports‘ Jamie Redknapp, Tottenham and England striker Kane hopes the Premier League can fulfil its fixtures in the coming months, but admits there will have to come a “cut-off point” as the global crisis deepens. He said: “I know the Premier League are going to be trying all they can to finish the season, looking at every option possible. For me, I feel we need to try to finish the season, but there needs to be a point where enough is enough. “We may have to say, ‘we can’t finish it’. Going into July and August and pushing next season back, I don’t really see too much benefit in doing that. I don’t know what’s going on behind the scenes, and what it means financially for certain clubs. “From a players’ point of view, let’s try to finish the season, but there needs to be a limit and probably the limit for me is by the end of June. “If it isn’t completed by the end of June, we should look at the options and look forward to next season otherwise I feel it will have such a knock-on effect to next year, the Euros, then the World Cup in 2022.” Ceferin says that while there are multiple scenarios up for consideration, he could not assure it will be possible to bring the current season to an end, with everything depending on how the pandemic will evolve. The uncertainty around the continuation of the football season has thrown up a range of issues, including the fates of out-of-contract players, staff and sponsor payments and the Champions League and Europa League finals.