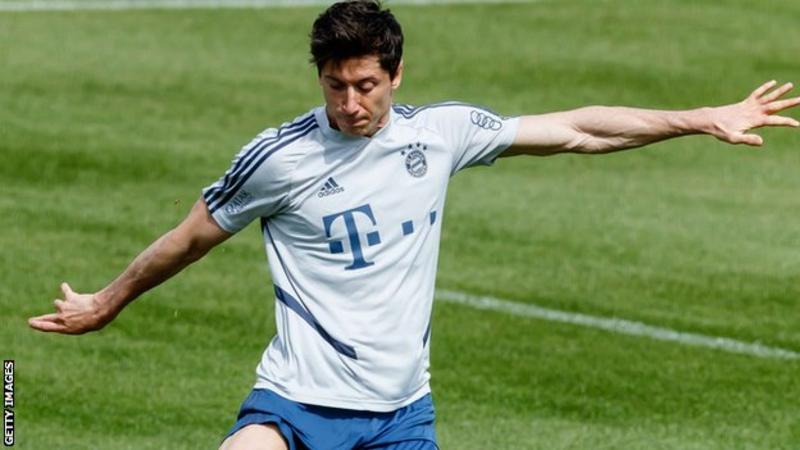 Germany’s Bundesliga will have to wait another week to find out about a possible restart date as the government has delayed a decision over resumption. The league has been suspended since mid-March because of coronavirus. Chancellor Angela Merkel said that any decision on if and when sports activities could resume would now be taken on Wednesday, 6 May. “It is absolutely necessary that we remain disciplined and stick to health guidelines,” she said.

The German Football League (DFL), which runs the Bundesliga, has warned that many top-division teams will be in an “existence-threatening” financial position if play does not resume by June. With nine games of the season remaining, Bayern Munich lead the table, four points ahead of Borussia Dortmund, but the DFL needs the season to be completed by 30 June because of deals with sponsors and broadcasters. Players are already back in training and last week the DFL said the league would be ready to return on 9 May – but 16 or 23 May are now considered more realistic dates. Germany has banned large events with crowds until 24 October, so games will be behind closed doors. The DFL has developed a health safety plan which would see only about 300 people in and around the pitch during matches to minimise the risk of infection. Players will be monitored by an appointed team health and safety official and will undergo regular testing. An infection to a player will be reported to authorities, who will be in charge of any other steps, but the team will not be automatically quarantined. Germany’s death toll from coronavirus is much lower than the likes of Italy, Spain, France or the UK, with its large-scale testing and strict, early lockdown believed to have kept the rate of infection down. Last week, the country started to ease the lockdown but social distancing remains in force and Germans have started wearing facemasks outside the home to curb the spread of the disease. Leagues across Europe are in the process of deciding how they will bring their seasons to a close.