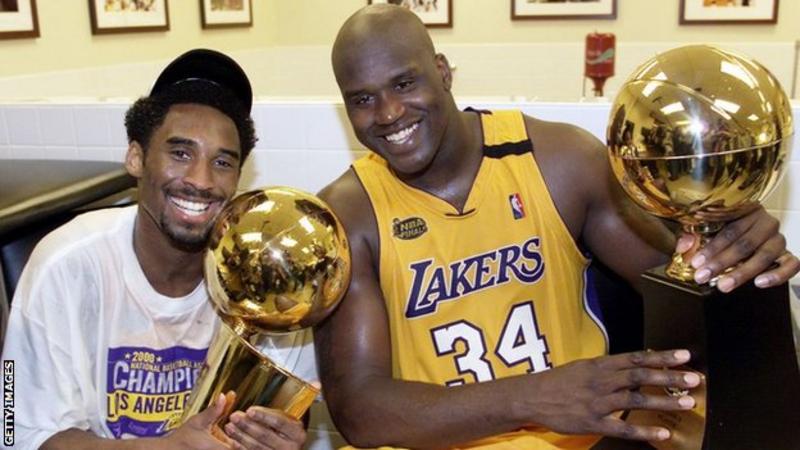 Basketball great Shaquille O’Neal says the NBA should “scrap the season” because of the coronavirus pandemic. The 2019-20 campaign was halted in March with five regular-season games and two months of play-offs remaining. “Everybody go home, get healthy, come back next year,” said four-time NBA champion O’Neal, 48, who now works as a television pundit.

“To try and come back now and do a rush play-offs as a player? Any team that wins this year, there’s an asterisk.” O’Neal added: “What if a team that’s not really in the mix of things all of a sudden wins with a new play-off format? Nobody is going to respect that. “So scrap it. Worry about the safety of the fans and the people. Come back next year.” With over 80,000 deaths and nearly 1.4m cases, the United States is the country most affected by the coronavirus crisis in the world. A ‘bubble’ plan has been suggested by the NBA in which teams gather in a single area – such as the Bahamas, Disney World or Las Vegas. Players would be housed in a secure area with testing to check for the virus. But National Basketball Players Association executive director Michele Roberts says the option feels like “incarceration”. O’Neal, who won the NBA title with the LA Lakers from 2000 to 2002 as well as with the Miami Heat in 2006, told USA Today: “I understand how players are feeling. I really do. “But any team that gets it done this year, there’s going to be an asterisk on that championship. However long it takes for us to get 100% back to normal, I’m willing to wait. “All it takes is one person. After the game, you’ve still got to go home. What if one person gets sick? Then we start from zero again.”