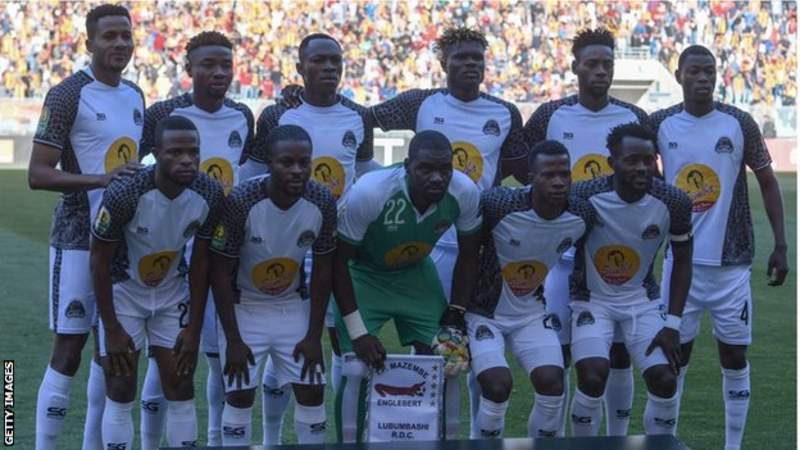 TP Mazembe have been declared champions of the Democratic Republic of Congo after the country’s league season was brought to an end because of the coronavirus pandemic. DR Congo’s football federation, FECOFA, issued a statement saying they reached their decision following a meeting on Wednesday after the 2019/20 season had been halted by the Covid-19 crisis.

TP Mazembe, who were leading the standings before play stopped, are “crowned champions” with AS Vita Club named as runners-up. Fecofa confirmed that the last two teams in the standings, OC Bukavu Dava and AS Nyuki, have been relegated to Division two with JSK and Etoile Jaune gaining promotion through two of the regional leagues. DR Congo’s federation also stated that Mazembe and Vita Club would represent the country in the African Champions League next season with AS Maniema going into the CAF Confederation Cup. TP Mazembe’s 18th domestic league crown was celebrated on their website as the club confirmed the federation’s decisions. DR Congo follow a number of African nations who have cancelled the rest of their domestic seasons because of the coronavirus crisis. Earlier this week, Cameroon ended all its league campaigns after Angola, Burkina Faso, Congo Brazzaville, Kenya, Mauritius and Niger also finished their seasons.