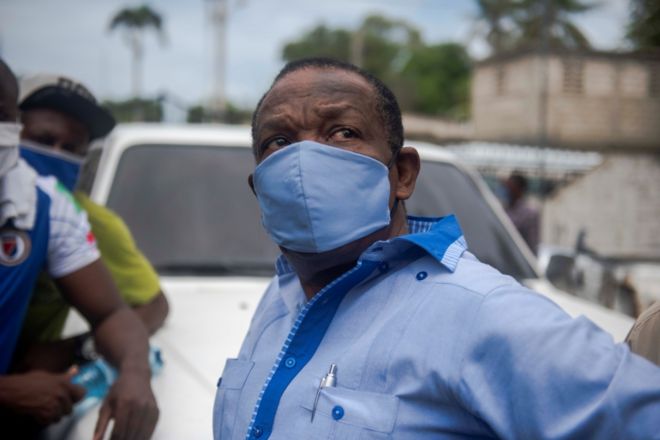 The president of the Haitian Football Federation, Yves Jean-Bart, has been suspended from his post for 90 days. The governing body of world football, FIFA, took the step after allegations emerged that he coerced teenage female players into having sex with him.

He allegedly threatened the girls with losing their spot at the national training centre if they did not comply. Mr Jean-Bart categorically denies the claims. Police are investigating the allegations. FIFA said the suspension would come into force immediately and apply to “all football-related activities at both national and international level”. Mr Jean-Bart, 73, has been in charge of Haiti’s football federation for the past two decades. The incidents under investigation are alleged to have taken place in the past five years. They were first reported by The Guardian newspaper last month. Since then, several employees at the Haitian football federation have been summoned by a judge to answer questions. It is not the first time a high-ranking FIFA official has been embroiled in a sexual abuse scandal. In June 2019, the former president of the Afghanistan Football Federation, Keramuudin Karim, was given a lifetime ban following allegations that he had sexually abused players in the women’s team.