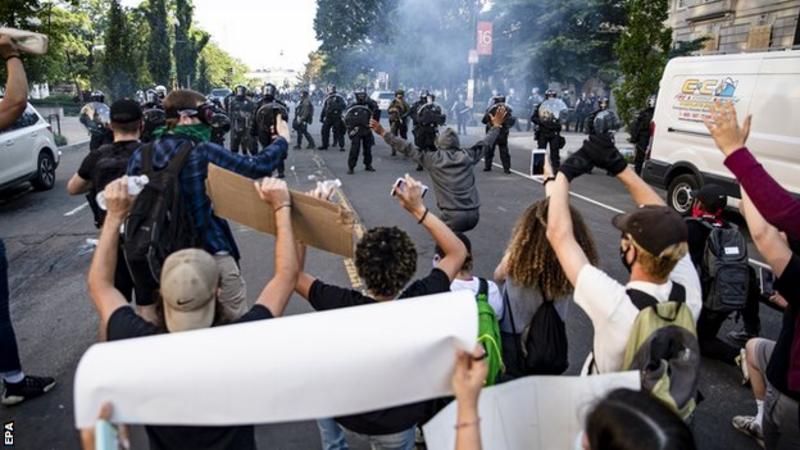 Former Manchester City defender Nedum Onuoha says he does not feel “100% safe” in the USA. Onuoha plays for Utah-based Real Salt Lake in Major League Soccer after spending six years at QPR. “I am always very wary of how I behave and how it could be viewed by people who have power,” Onuoha, 33, said.

“For me personally, overall I don’t like to say it but I have a fear and distrust towards police.” Widespread protests have taken place across 75 US cities since George Floyd, an unarmed black man, died after being pinned down by a white police officer. Minneapolis police officer Derek Chauvin, who kneeled on Floyd’s neck, has been charged with his murder. He and three other police officers have been sacked. Sports stars have added their voices on social media with a ‘blackout’ – uploading a black image alongside a message of support. Onuoha backed the protestors by saying: “It is emotional; it is something that is overdue to be honest. There has been a big wave of energy towards this, there has been a lot of talk about George Floyd – these issues have been around for decades. “People have been trying to make noise. I have been trying to say things but it gets pushed away for too long. Enough is enough; what gives me strength is that it’s not just black people who are protesting now. “The change will come but within that, there are so many nuanced things within the protest – for example, a lot of black people are scared to do what some of the white people are doing to the police. “It’s crazy to see but it is very necessary. I am not going to say to them that they shouldn’t do anything because they haven’t been heard for this long so let them be heard now.”