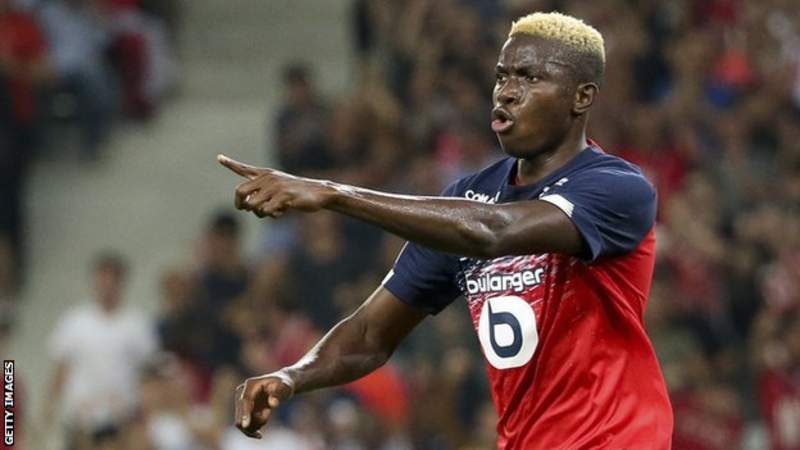 Victor Osimhen is the Mastiff of the season by Boulanger! He won this trophy co-organized with our faithful partner, Boulanger, and rewarding the Lille player of the year, according to the supporters. The Nigerian international striker (21) is ahead of Benjamin André and Renato Sanches, respectively second and third of your votes.

38 games, 18 goals, 4 assists in all competitions. Admit that for a first Lille season, we have rarely seen better.Arriving last summer from Charleroi (where he also left an indelible mark), Victor Osimhen was quick to make a name for himself in Ligue 1 Conforama. On August 11, for his very first official match in the jersey of the Dogues, he signed a double against FC Nantes (2-1). A performance reproduced from the next match at the Pierre Mauroy Stadium against Saint-Etienne (3-0). The tone was set. Throughout the season, the man whose goals have scored 12 points at LOSC this season in the league has lit up Ligue 1 with his power, speed and sense of purpose. On the European scene, too, the number 7 from Lille has risen to the challenge. In a Champions League he discovered, he scored twice, against Chelsea and Valencia. This shortened Ligue 1 season, he finished in 4th place in the scorer ranking, tied with Parisian Neymar (13 league achievements) . Over the last 40 seasons of LOSC, only Moussa Sow (19 in 2010/11) and Nicolas Pépé (17 in 2018/19) have scored more after 28 days of a Ligue 1 season. Suffice to say that this Dogue trophy the season by Boulanger, he did not steal it, Victor Osimhen. Fine connoisseurs, Lille supporters did not hesitate to propel the Nigerian striker as successor to Nicolas Pépé, winner in 2018-2019. Congratulations Victor!