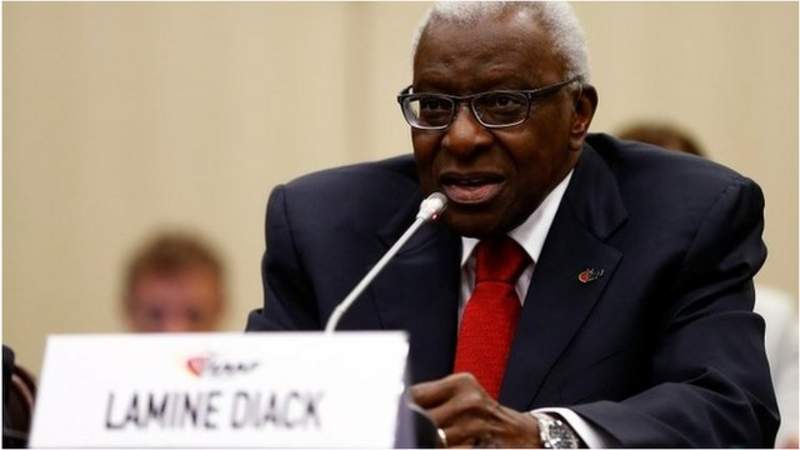 The trial of Lamine Diack, the disgraced former head of athletics’ world governing body the IAAF, will get under way in Paris on Monday. The 86-year-old Senegalese faces corruption and money-laundering charges linked to the Russian doping scandal. Diack was investigated by French authorities for four years over claims he took payments of more than 3m euros to cover up cheating.

He has been under house arrest in Paris since November 2015. The landmark trial is scheduled to run for the next two weeks. Diack denies the charges, but if found guilty he could face up to 10 years in jail. Previously one of the most influential figures in world sport, Diack was president of the International Association of Athletics’ Federations (now World Athletics), for 16 years until he was replaced by Britain’s Lord Coe in August 2015. At the time Coe described Diack as the “spiritual leader of our sport”, though he has since distanced himself from those comments. Three months later details emerged of Diack’s alleged involvement in a conspiracy to bury positive drug tests by Russia dopers in return for money. His arrest plunged the IAAF into an unprecedented scandal, and has done huge damage to athletics’ credibility. In January 2016, a report by the World Anti-Doping Agency concluded that Diack was “responsible for organising and enabling the conspiracy and corruption that took place in the IAAF”. It is also alleged by French prosecutors that Diack – a former mayor of Dakar in Senegal – used some of the payments channelled through the IAAF’s base in Monaco to fund political campaigns in his native homeland.