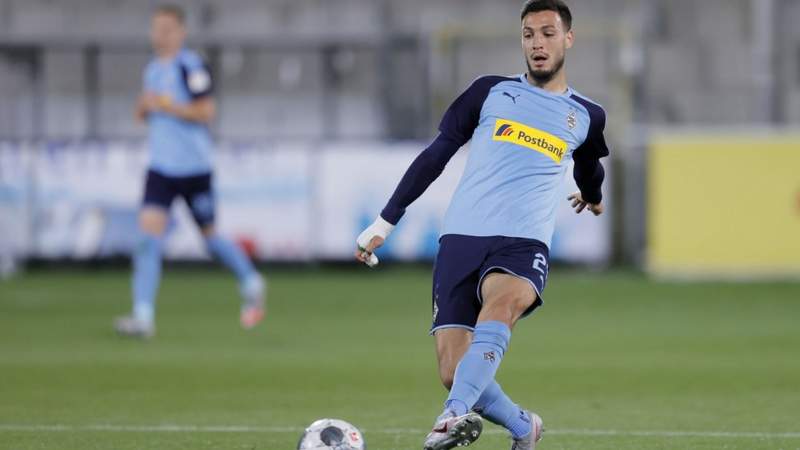 Playing behind closed doors in Germany’s Bundesliga feels like taking part in friendly matches, Borussia Mönchengladbach’s Ramy Bensebaini has said. Germany’s Bundesliga is now well into its return after being suspended for coronavirus – having restarted in mid-May – but without crowds.

While various measures are being made to add atmosphere to the matches – including Mönchengladbach Borussia-Park filling its empty seats with 12,000 cardboard cut-outs of fans – Bensebaini said that it is making little difference. “It feels like we are playing friendly games”, he said. “It’s hard to find motivation in front of no-one, but we have to play 100%.” The first few fixtures saw a surprisingly large number of away wins, and the 25-year-old said that it was noticeable how home advantage was taken away by the lack of a crowd. “It’s not the first time in my career I have played behind closed doors – it happened to me in France – but even if you actually don’t feel at home, it’s the same for everybody,” he said. In order to restart, the German league adopted strict measures, and clubs have been extremely severe with their players who broke the rules. The suspension of the Ivorian Salomon Kalou by Hertha Berlin quickly came out as an example of how social distancing would become one of the new norms. For the former Montpellier and Stade Rennais defender, this discipline explains why the Bundesliga returned while the French Ligue 1 did not. “I feel like everything is more straight Germany than in France,” he said. “Even generally. Like at the beginning of the season, I arrived two or three times late for training. The coach told me, ‘here you are not in France, you are in Germany’. “He wasn’t having it when I told him it was because of the traffic. He answered: ‘if you need to leave one hour earlier, do it!’.” Still, Bensebaini has generally found the process of settling down in the Bundesliga has been an easy one, since he can share a common tongue with several teammates at Borussia Monchengladbach. “There are a lot of French-speaking guys in the group (Alassane Pléa, Marcus Thuram and Mamadou Doucouré from France, Ibrahima Traoré from Guinea) and it helped me a lot when I joined the team.” “There is a great bond in the group and it transpires on the pitch.”