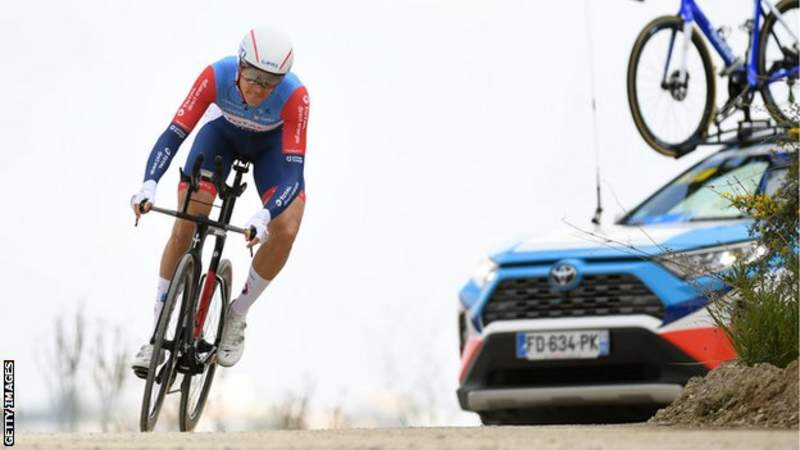 Cyclist Niki Terpstra is in intensive care in hospital following a training crash in the Netherlands. The Team Total Direct Energie rider sustained multiple injuries, but they are not thought to be life-threatening.

“Niki crashed hard today. He is not in mortal danger but will need time to recover,” confirmed his wife Ramona Terpstra on Twitter. The Dutchman, 36, is reported to have swerved to avoid geese, causing him to hit a rock. Terpstra spent most of his career at the top Belgian QuickStep team, winning monument classic races Paris-Roubaix in 2014 and the Tour of Flanders in 2018.