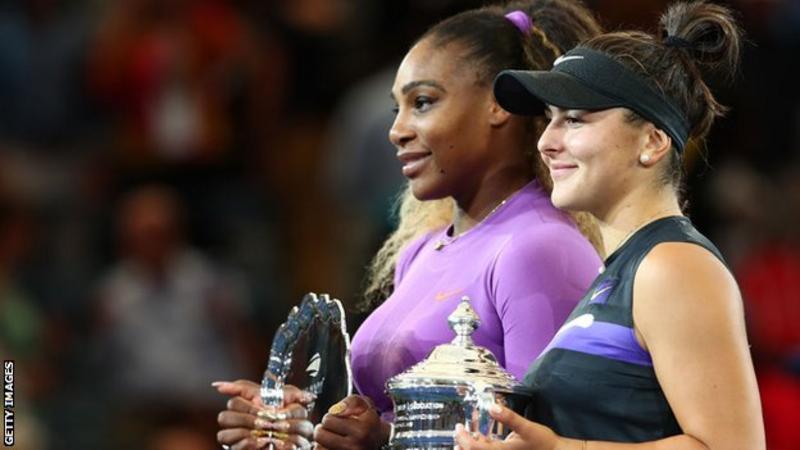 Serena Williams says she intends to play at the behind-closed-doors US Open in August and bid for a record-equalling 24th Grand Slam. The event will be held without fans in New York from 31 August, despite some players voicing concerns. But Williams, 38, said: “I really cannot wait to return to New York and play the US Open 2020.”

The ATP and WTA Tours, suspended since March because of the coronavirus pandemic, will resume in early August. This year’s Wimbledon Championships were cancelled for the first time since 1945 as a result. The US Open will be the first Grand Slam to take place since the pandemic, with the United States Tennis Association (USTA) saying the decision to hold it without fans was “not easy” but the “correct one”. A number of players have questioned the decision to hold a reduced event in New York, which has been one of the epicentres of the crisis. “We are confident we have a plan that is safe, viable, and the right thing to do for our sport,” the USTA said. Williams needs one more Grand Slam victory to tie Australian Margaret Court’s all-time record of 24 victories. The American has lost four major finals – including the past two at the US Open – since returning from giving birth to daughter Olympia in 2017. “I feel the USTA will do a really good job to ensuring everything is amazing, that everything is perfect and safe,” said the six-time champion. Williams announcing her intention to play is a boost for the event, with leading men Rafael Nadal and Novak Djokovic as yet non-committal. Roger Federer will not be fit after having knee surgery.