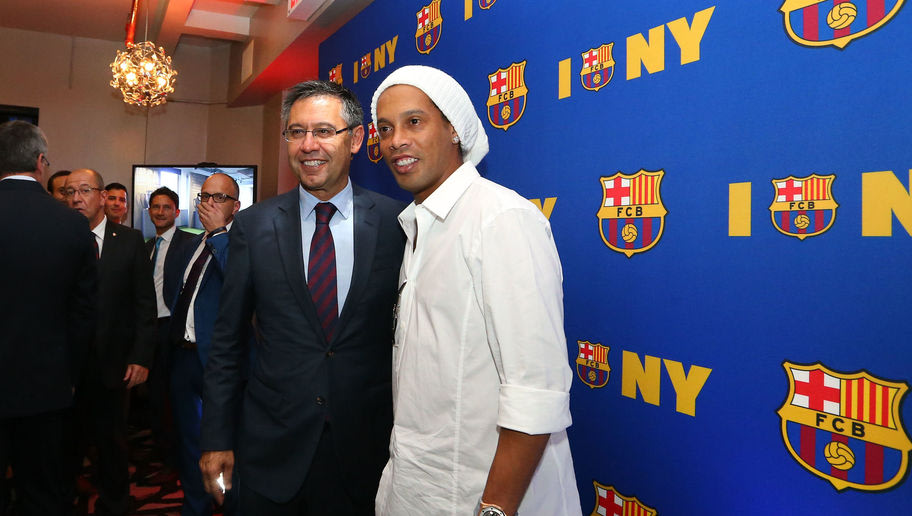 Barcelona have officially inaugurated their brand new American corporate headquarters – and ex-Barca star Ronaldinho was on hand to help with the unveiling. The Spanish giants announced that they have taken up residence in New York as they plot a new path across the Atlantic in the hope of agreeing new trading opportunities, as well as expanding their global reach. And Ronaldinho, who featured over 140 times for the club between 2003 and 2008, proverbially cut the red ribbon of the facility by kicking a ball into a small goal. Around 30 guests were invited to the unveiling, with Club President Josep Maria Bartomeu, Major League Soccer Commissioner Don Garber and the US ambassador to Spain, James Costos, all in attendance. The offices, which are situated on the 20th floor of 250 Park Avenue in the heart of Manhattan, will house a select team of Barcelona officials tasked with promoting the club’s charitable and social sides, as well as seeking out other deals.

In a statement, Bartomeu said: “Today Barça begins a new era in which we wish to spread our reach across the world. “The opening of this office in New York is a strategic decision made by the Board for not just commercial reasons but also social and charity ones. “Barça has a great relation with the USA on a commercial level that brings us together with great companies from the country and our Foundation, as well has agreements with important bodies such as Unicef and the Bill and Melinda Gates Foundation in the social and charity field.” 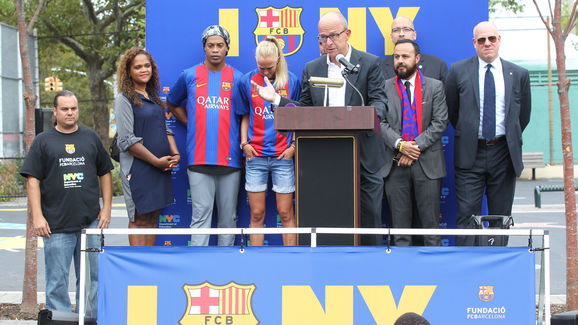 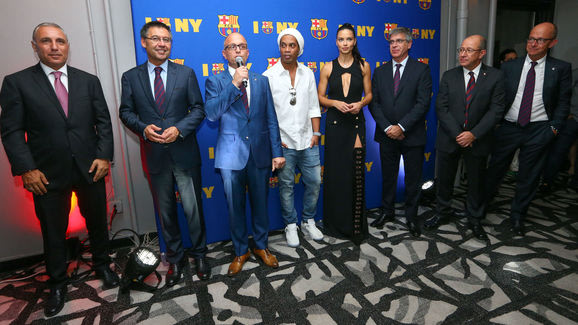