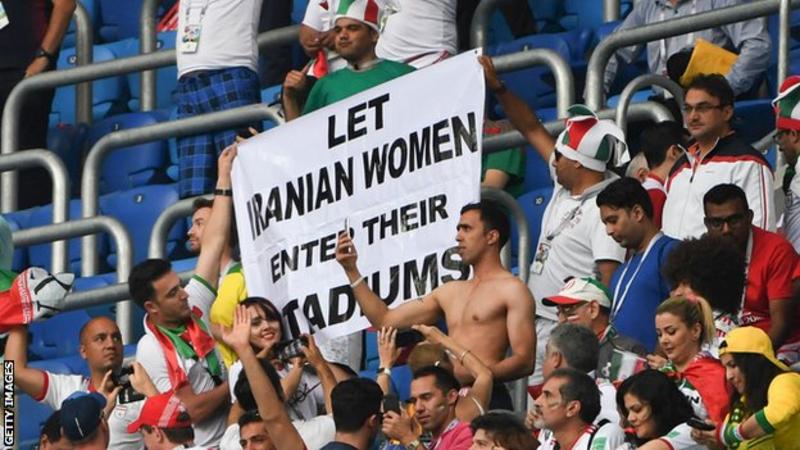 Female fans have bought 3,500 tickets for Iran’s World Cup qualifier against Cambodia in Tehran on Thursday. Women have effectively been banned from stadiums when men are playing since just after the 1979 Islamic revolution. Sahar Khodayari died last month a week after setting herself on fire while awaiting trial for trying to attend a match disguised as a man.

FIFA said it had been “assured” by Iranian authorities that women would be allowed into games after her death. The state-run news agency Irna said the 3500 tickets for the women’s sections in the 78,000 capacity Azadi Stadium sold out within minutes of going on sale on Friday. World football’s governing body FIFA said it was told 4600 tickets for women would be made available in initial batches, but that it expects more to be put on sale to meet demand. A spokesman said FIFA would send a delegation to the match to monitor the access for women. The Open Stadiums group, which campaigns for women to be allowed access to men’s sporting events in Iran, said the tickets went on sale without any announcement from Iranian football’s governing body and female fans only found out through social media. The group told Reuters news agency it welcomed the sale but was concerned about women-only sections stopping mothers taking their sons to matches and how women with disabilities would be accommodated. The ban on female fans was temporarily lifted last year to allow women to watch World Cup matches being streamed at the Azadi Stadium. A group of women was permitted to attend the second leg of the Asian Champions League final in Tehran in November, but women were locked out of Iran’s friendly with Syria at the Azadi Stadium in June.