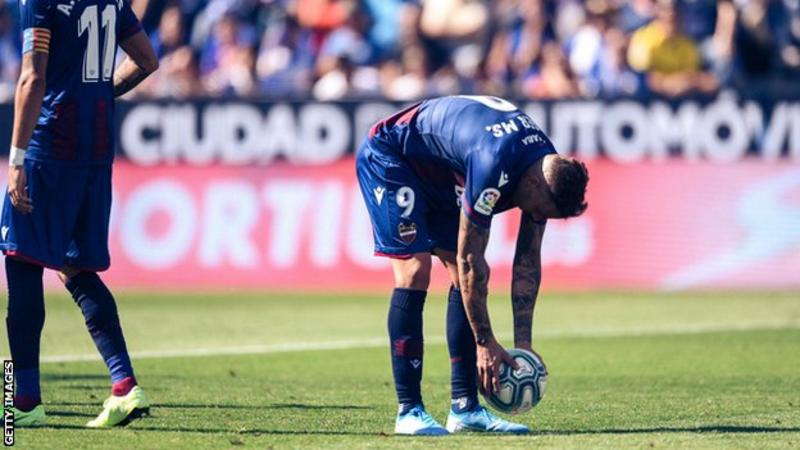 La Liga side Leganes have appealed for their match against Levante to be replayed after claiming the video assistant referee system failed. Leganes believe they wrongly conceded a first-half penalty for a foul by Dimitris Siovas on Roger Marti that appeared to occur outside the area.

However, referee Munuera Montero’s communication equipment appeared to fail, forcing the fourth official to pass on the VAR decision via phone. Levante went on to win the match 2-1. Leganes president Victoria Pavon said the club, who are bottom of La Liga, would request the match be replayed from the 44th minute, when the incident took place. “Very serious things have happened in this match – like calling a penalty against us that was a foul outside the area,” said Pavon. “It also happened in the match against Valencia a few weeks ago, but in addition to that the VAR system was not working correctly so we feel we have not been able to compete in equal conditions.”