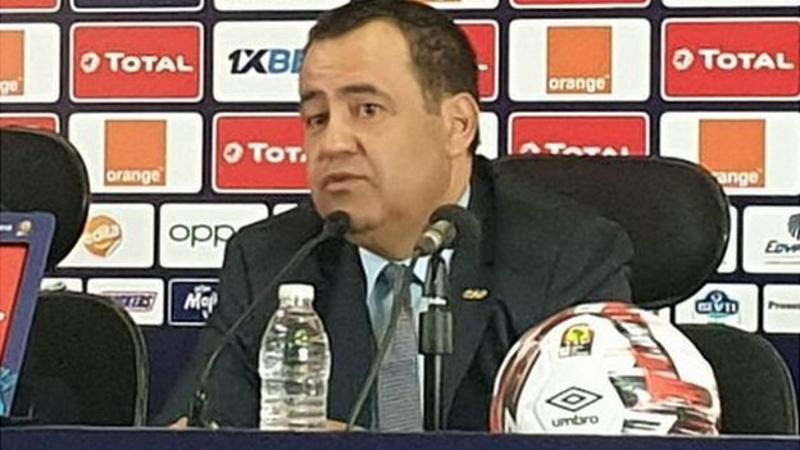 The ongoing crisis in the Confederation of African Football (CAF) took a new step on Monday as Secretary General Mouad Hajji resigned from his post. The Moroccan had been in power for less than a year, having taken charge in April 2019. His resignation comes at a time when CAF is under close scrutiny from football’s world governing body FIFA, who recently commissioned an audit that proved to be damning for African football’s ruling body.

“I would like to warmly thank President Ahmad Ahmad for giving me the opportunity to serve the football of our continent at such a level of responsibility,” Hajji said in a statement. Hajji resigned for “personal reasons” while expressing a need to “return to Morocco as soon as possible”, the statement added. His resignation was accepted by CAF President Ahmad, who will now convene an emergency committee meeting in order to appoint an Acting Secretary General. “I have no doubt that the President will continue to work for the good development of the most beautiful sport possible,” Hajji said. CAF’s statement specified that Ahmad – who saluted ‘a committed (and) loyal’ colleague – had agreed to allow Hajji to serve out a shorter notice period than his contract stipulated. Last month, Pricewaterhouse Coopers audit revealed CAF to be in a state of disarray as it questioned the body’s accounting, governance and payments. Amongst other details, the audit found that CAF’s accounting was unreliable and not trustworthy while its workforce was understaffed, overworked and demotivated. As it seeks to return to a more stable footing, CAF must now look for its third Secretary General in the space of a year, after Hajji replaced Amr Fahmy eleven months ago. Fahmy, who died after a two-year battle with cancer last month, was dismissed shortly after complaining to FIFA about corruption within the leadership of CAF. While CAF has denied any wrongdoing, the Egyptian’s complaints helped prompt FIFA to open an investigation into CAF which is still ongoing. No official reason was ever given for Fahmy’s dismissal, which opened the door for Hajji – a former dentist – to fill a role he has now chosen to vacate.