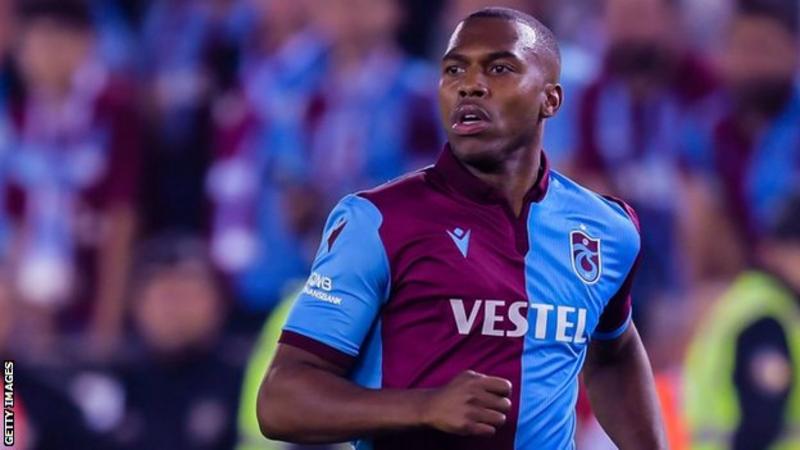 Former Liverpool striker Daniel Sturridge says he is “devastated” after being banned from football for four months for breaching betting rules. He was originally given a six-week ban last summer, four of them suspended, but the FA appealed against the findings of an independent commission. An appeal board also doubled the 30-year-old’s fine to £150,000. Sturridge’s contract with Turkish side Trabzonspor had been terminated by mutual agreement earlier on Monday.

In a video posted on his YouTube account Sturridge said it had been “a crazy few days” after the “disappointing and upsetting” decision ended his season. He added: “I just want to say it’s been a very long and drawn out process over the last couple of years and difficult to concentrate on my football. “I’m going to continue to campaign for professional footballers to be able to speak to their families and close friends freely, without the real risk of being charged. “I feel the betting companies and the practice and process of people placing bets on players moving clubs has to be stopped.” He thanked Trabzonspor but added he felt “uncomfortable” continuing to receive wages from the club due to being unable to “contribute”. Sturridge had faced various charges alleging he passed on inside information over a potential transfer in January 2018. A statement from the FA said the appeal board had ruled the commission “misapplied rules in relation to the use of inside information and made findings of fact which could not be sustained”. As a result, the board found proven two further charges that had originally been dismissed. Liverpool announced in June 2019 that Sturridge – who scored eight times in 26 appearances for England – would be leaving the club that summer at the end of his contract. He went on to score seven goals in 16 appearances for six-time Turkish champions Trabzonspor.