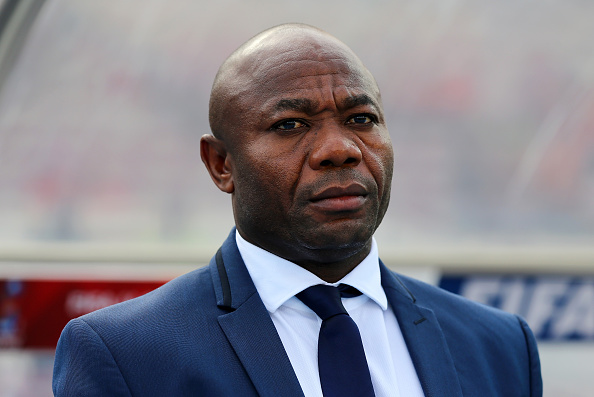 Former Nigeria international Emmanuel Amuneke says his job title at Egyptian side Misr El-Makkasa has changed from head coach to director of the club’s academies across Africa. El-Makkasa only announced the appointment of Amuneke on 2 February as coach after they ended the contract of Ahmed Hossam ‘Mido’. The club issued a statement on Sunday, naming Ehab Galal as the new man in charge, with Amuneke changing his role after less than a month as coach.

“I’m still with the team, there is no sack involved as reported because Makkasa is a massive group and the past year has seen them trying to create projects across the continent,” Amuneke said. “When I was still working in Tanzania, they came to the country to discuss with the government about investing in the east African country. They plan to invest in Tanzania, Mali and possibly in Nigeria in the future. “We’ve been discussing about the academies, we are still looking at the contractual options because this is a long-term project and I wouldn’t want it to affect any other coaching opportunities.” The club is currently struggling in the Egyptian league and caught up in the relegation dogfight, lying in 16th place on 14 points. Amuneke led El-Makkasa in three games in his short tenure – against Smouha and Al Entag Al Harbi which both ended in 1-1 draws and then a 0-1 defeat to Tala’ea El Gaish in the Egyptian Cup. “The decision to bring in a new coach is only logical because accepting to work on this big project means it will be difficult for me to combine both roles,” he added. “We’ll see how things pan out but I am still here working with Makkhasa.”