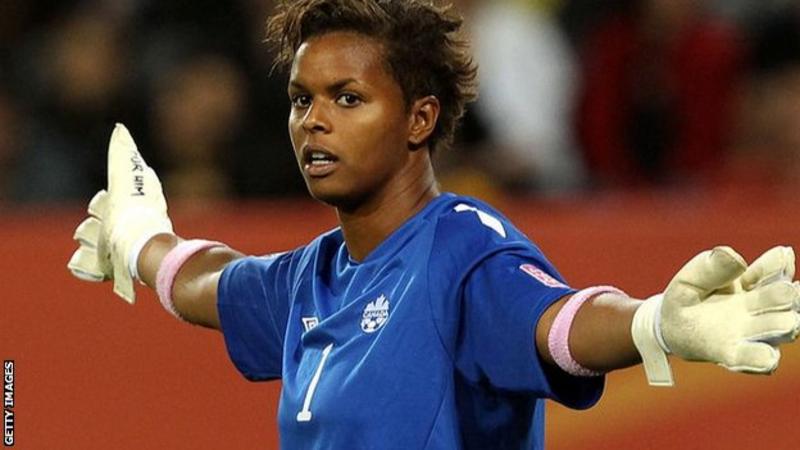 Former Canada goalkeeper Karina LeBlanc has spoken of the emotions she experienced when forced to stay away from her newborn daughter for two weeks. The 40-year-old was admitted to hospital with breathing difficulties a week after her daughter Paris was born. Doctors then told her she needed to self-isolate because of concerns she had contracted coronavirus while being treated.

“I could not see, hold, touch anything with my baby for two more weeks and that was the hardest part for me as I’d just given birth and all I wanted to do was hold her,” she said. LeBlanc, who retired in 2015 after making 110 appearances during her 18-year international career, spent several days in hospital after being diagnosed with fluid on the lungs and high blood pressure. “The drive to the hospital was difficult as Paris was holding my finger like babies do and every reality and false reality was racing through my mind,” said LeBlanc, who played at five World Cups won Olympic bronze at London 2012. “I was looking at her and thinking ‘is this it?’” LeBlanc was forced to rely on seeing her daughter “through glass” in a door and “face-timed her 40 times a day” as a way to get through the separation. During that time, she also took part in a video call with team-mates to help pass the time, where they avoided talking about LeBlanc being apart from her baby. “But one of the players came on the chat late and was like ‘wait, where’s the baby?’ and we all ended up laughing,“ she added. “As athletes we know the worst thing is having a bad game, as a goalie messing up a goal, but one of the things I came to realise was that it was just a game and this is life and death. “Once you give birth to a child, you fall in love in a way you never knew existed.”