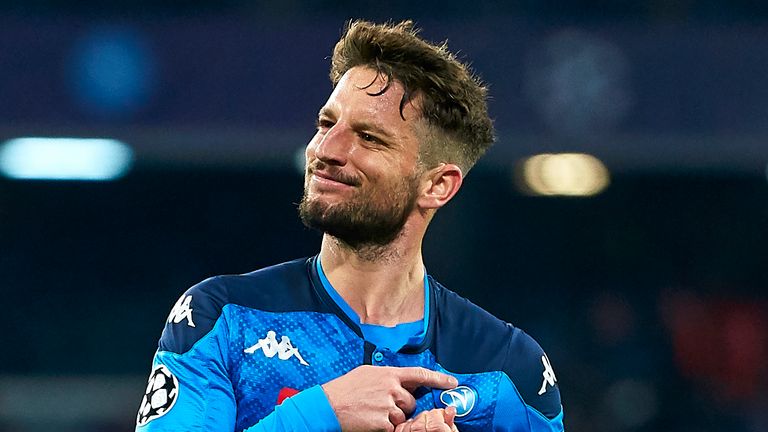 Napoli forward Dries Mertens is set to sign a new two-year contract with the club, according to Sky Italy. The 33-year-old held talks with Chelsea in January, but the Belgium international has now agreed to extend his stay at the Stadio San Paolo until at least 2022.

Inter Milan were interested in Mertens and offered him a contract, but he did to want to play in Italy with any club other than Napoli. His manager Gennaro Gattuso was key to getting the deal concluded, with the World Cup winner persistent on getting Mertens to extend his contract. There is also the option for him to take up a managerial or coaching role at the club once the deal expires. Mertens scored six goals in 22 appearances before the Serie A season was suspended due to coronavirus and, with his contract expiring at the end of the season, Napoli were keen to tie him down to a new deal. He joined Napoli from PSV in 2013 and has gone on to play 309 times for the club in all competitions, scoring 121 goals. He was also part of the side that won the Coppa Italia in 2013-14.