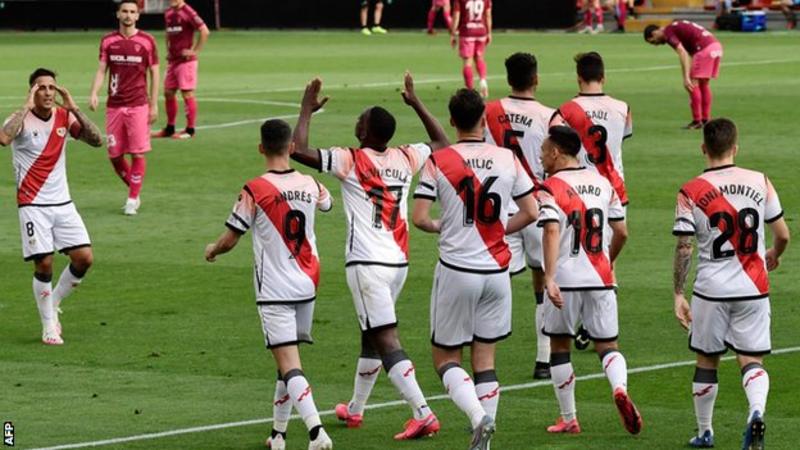 A game in Spain which started last December before being stopped because of offensive chanting was finally completed on Wednesday as the country’s football season restarted. The concluding 45 minutes of the second-tier match between Madrid side Rayo Vallecano and Albacete were played out in the capital – 179 days after the game started – without spectators.

The original match was goalless when a decision was made to stop it at half-time on 15 December after Vallecano fans chanted that Albacete forward Roman Zozulya was a Nazi. Zozulya, who has always denied links with far-right groups, joined Rayo on loan in 2017 but the deal was cancelled hours later after fans turned up to training with a banner saying the town was “not a place for Nazis”. Peru’s Luis Advincula scored a spectacular 61st-minute winner from outside the penalty area as the hosts won 1-0, with fans in flats surrounding Rayo’s ground celebrating on balconies. On Thursday, La Liga will resume, with Sevilla hosting Real Betis (21:00 WAT) in the Seville derby, the first game in Spain’s top flight since 10 March because of the coronavirus pandemic.