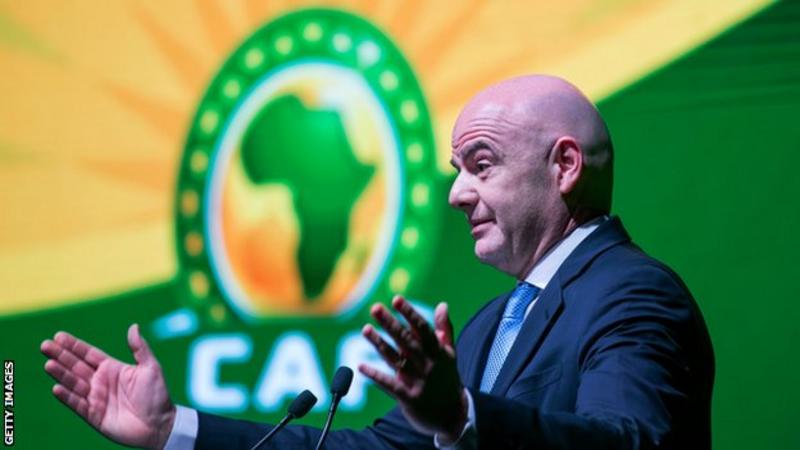 FIFA President, Gianni Infantino, has proposed to the Confederation of African Football (CAF) that the Africa Cup of Nations be held every four years instead of two, as he outlined his vision to “project African football to the top of the world”. Infantino was speaking at a CAF seminar in Morocco, focusing on the development of football competitions and infrastructure in Africa. “I propose to organise the Africa Cup of Nations every four years rather than two years,” the FIFA President said. “The CAN [Africa Cup of Nations] generates twenty times less than the Euros. Having a CAN every two years, is that good at the commercial level? Has this developed the infrastructure? Think about spending it every four years,” Infantino told delegates in Rabat.

END_OF_DOCUMENT_TOKEN_TO_BE_REPLACED

American Sofia Kenin fulfilled her potential by winning a first Grand Slam title with victory over Spain’s Garbine Muguruza at the Australian Open. Kenin won 4-6 6-2 6-2 against two-time major winner Muguruza in Melbourne. The 21-year-old was a child prodigy, who started making television appearances from the age of five and hitting with the stars soon after. “My dream has officially come true,” said Kenin, the eighth first-time women’s champion in the past 12 Slams. “Dreams come true. If you have a dream then go for it – it will come true. “These two weeks have been the best two weeks of my life.”