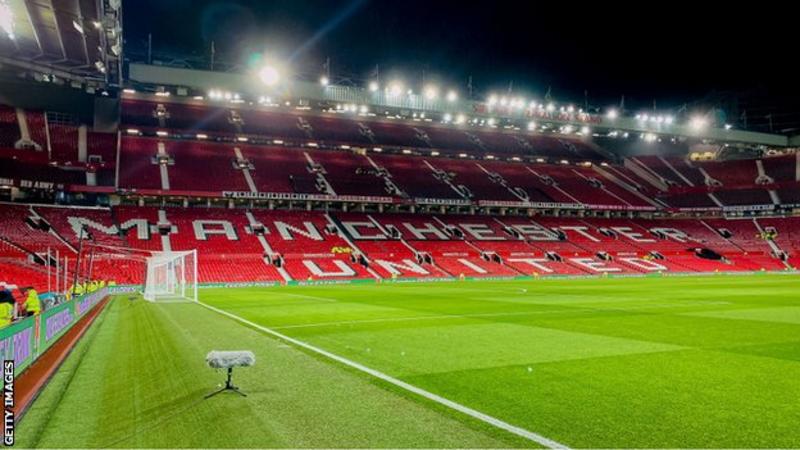 Manchester United have applied for permission to install rail seating for up to 1,500 fans at Old Trafford. United, one of the major supporters of safe standing, made the request to their local Safety Advisory Group (SAG) in December 2019. The club proposes to replace some existing seats in the north-east corner of the stadium. Season ticket holders in that area have been told a safe standing trial is likely to take place later this season. In minutes published from a recent fans’ forum meeting, United said it believed the introduction of rail seating will “enhance spectator safety” in areas of “persistent standing”. It added that the SAG is still reviewing the request.

Tottenham’s new stadium has “safe seating” which has been “future-proofed” for the potential introduction of standing, while Wolves installed rail seating at their Molineux ground in the summer. “It is fantastic news that the world’s most famous club is seeking to enhance spectator safety in this way,” said Jon Darch, of the Safe Standing campaign group. “Hopefully, they will be very soon be able to not only install rail seats but also to operate any areas of Old Trafford fitted with this form of seating as official standing areas.” It comes just days after a government report found stadium seating areas which incorporate barriers have a “positive impact on spectator safety”. The interim report from the Sports Grounds Safety Authority (SGSA) found such seating areas “mitigate the risk of crowd collapse”. The government previously stated it “will work with fans and clubs towards introducing safe standing”. Standing in English football’s top two tiers was outlawed following recommendations in the Taylor Report into the 1989 Hillsborough disaster, in which 96 Liverpool fans lost their lives. In recent seasons, campaigners have called for standing to be allowed in grounds once again. Rail seating has been developed to provide seats which can also be converted to standing areas. Each seat is fixed to a metal frame that forms a waist-high barrier for fans on the row behind. The seats can be locked in an upright position to provide for safe standing areas. 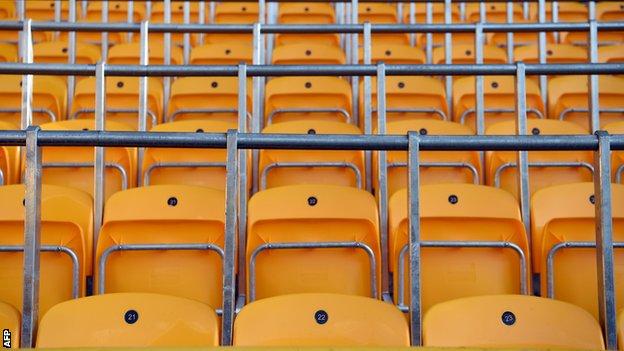 Wolves installed rail seats at their Molineux ground in the summer to protect fans who choose to stand.