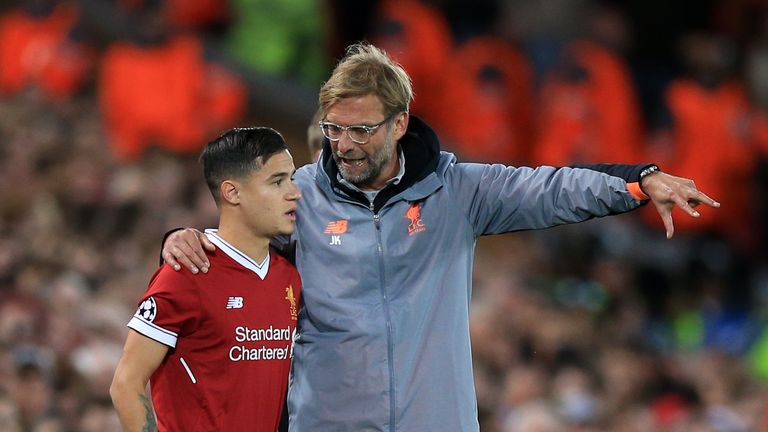 Philippe Coutinho is not surprised by Liverpool’s success in the Premier League this season but does not have any regrets over his decision to leave the club. Coutinho, currently on loan at Bayern Munich from Barcelona, joined the Spanish giants in January 2018 for £146m. While the Brazilian struggled to hold down a regular spot at the Camp Nou, Liverpool re-invested the money they received for him to sign defender Virgil van Dijk and goalkeeper Allisson.

Jurgen Klopp’s side subsequently won the Champions League last season and currently hold a 22-point lead at the top of the Premier League with 13 games left to play. “Liverpool is flying, and it doesn’t surprise me,” Coutinho told Sports Illustrated. “We’ve seen it already last year when they won the Champions League, but I’m also not surprised because of their fantastic squad and manager. “I am so happy for them, because I have so many friends there, former team-mates, so I’m just so happy for them, but that’s all. “I don’t look back. I took another path, and now I am on another journey, much like everyone else. I’m focused entirely – just like them – on reaching my dreams. I’m happy with what I did in the past, and now I can only look forward.” Bayern Munich are currently top of Bundesliga and are preparing for a Champions League last-16 meeting with Chelsea later this month.