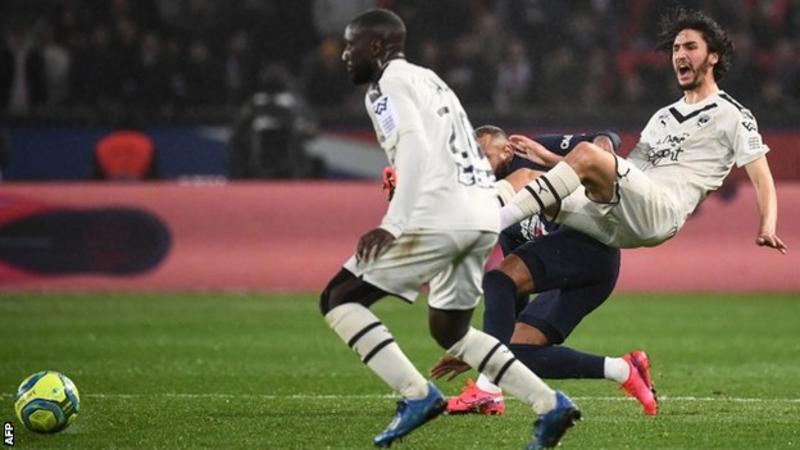 Neymar was sent off late on as Paris St-Germain came from behind to get back to winning ways against Bordeaux. The Ligue 1 leaders drew 4-4 at Amiens last week before losing 2-1 at Borussia Dortmund in the Champions League and fell behind to a Hwang Ui-jo opener. Edinson Cavani replied and Marquinhos’ first goal was swiftly cancelled out by Pablo in first half stoppage time. But Marquinhos and Kylian Mbappe then scored in quick succession before Ruben Pardo’s late reply gave Bordeaux hope.

Neymar was shown a second yellow card for a late challenge on Yacine Adli in stoppage time and the Brazilian forward, 28, will now be suspended for Saturday’s home game against Dijon. Victory allowed PSG to stretch their lead at the top of the table to 13 points after Marseille were upset 3-1 at home by Nantes on Saturday. Captain Thiago Silva came off early on with a muscle injury but fellow Brazilian defender Marquinhos, 25, went on to score his first double since joining PSG in 2013. And although Cavani scored only his fifth goal of the season, it took the Uruguayan forward, 33, to 200 for PSG since he also moved to the French capital in 2013.