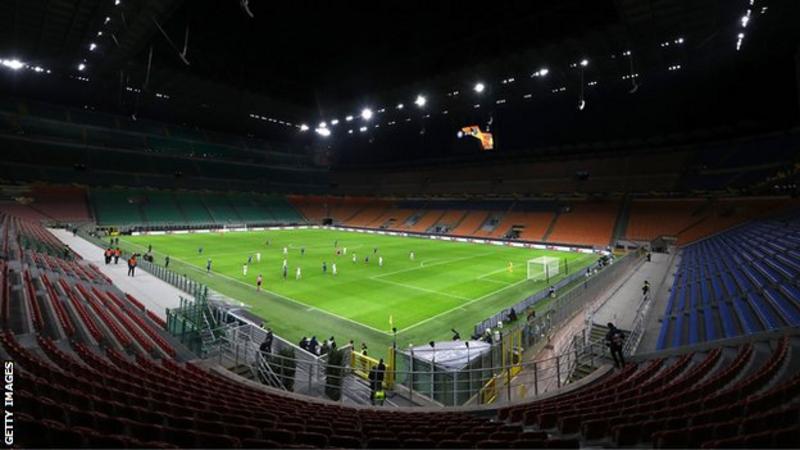 Five Serie A matches this weekend have been postponed because of coronavirus, including Juventus’ game at home to Inter Milan. Matches at Udinese, AC Milan, Parma and Sassuolo have also fallen victim to the outbreak of the virus in Italy. The games were initially going to be played behind closed doors, but Serie A took the decision on Saturday morning to call them off. All five fixtures have been rescheduled for Wednesday, 13 May. As a consequence, the Coppa Italia final, which was scheduled for the same day, has been moved to the following week on Wednesday, 20 May – four days before the end of the domestic season.

Four of this weekend’s five postponed fixtures were due to take place on Sunday with the match at Udinese due to kick off on Saturday at 18:00 WAT. Italy has put towns in the north into lockdown after more than 300 people were infected, 12 of whom have died. It follows last weekend’s disruption when four Serie A games in Milan, Bergamo, Verona and Turin were suspended and Serie B side Cremonese drove 300 miles to Ascoli, only to be sent home upon arrival. Then on Thursday, Inter Milan’s Europa League victory over Ludogorets was played behind closed doors at San Siro Stadium. This weekend’s games at Lazio, Napoli, Lecce and Cagliari will go ahead with supporters as normal, but Sampdoria’s match on Monday is yet to be decided upon. Victory for Lazio against Bologna would move them to the top of the table, two points above defending champions Juve, who have won the last eight titles. On Saturday, France announced a ban on indoor gatherings of more than 5,000 people to prevent the spread of the virus and Sunday’s Paris half-marathon was cancelled – but football matches were not affected.