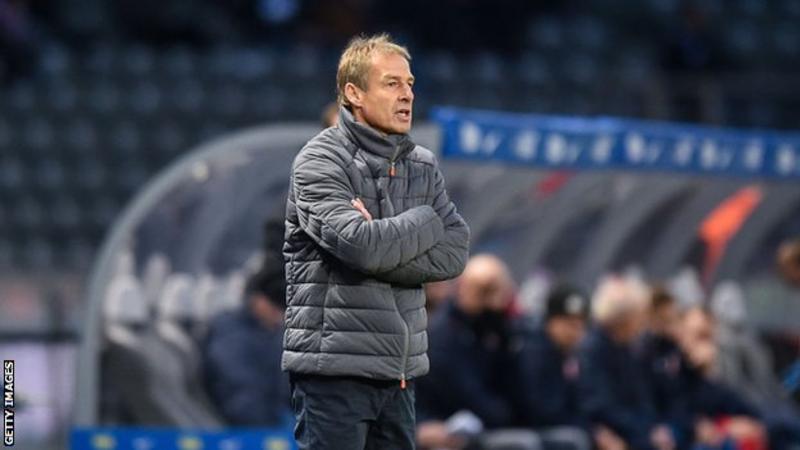 Jurgen Klinsmann has stepped down as Hertha Berlin’s interim head coach after just 10 weeks in charge. In November, the former Tottenham, Inter Milan and Bayern Munich striker, 55, was named as the club’s boss until the end of the season. Hertha won just three of Klinsmann’s nine league matches in charge and are 14th in the Bundesliga. But Klinsmann says he cannot live up to his “potential” without the “trust” of those involved with the club.

“We were on a very good path in the relatively short time, and thanks to the support of many people, we are now six points away from the relegation places despite mostly difficult games,” Klinsmann wrote on Facebook. “I am firmly convinced that Hertha will achieve the goal – remaining in the league. “As head coach, however, I also need the trust of the people involved with this task, which has not yet been completed. “Unity, cohesion and focus on the essential are the most important elements, especially in the relegation battle. If they are not guaranteed, I cannot exploit my potential as a trainer and therefore cannot live up to my responsibility.” Klinsmann will return to his previous role on the club’s supervisory board.