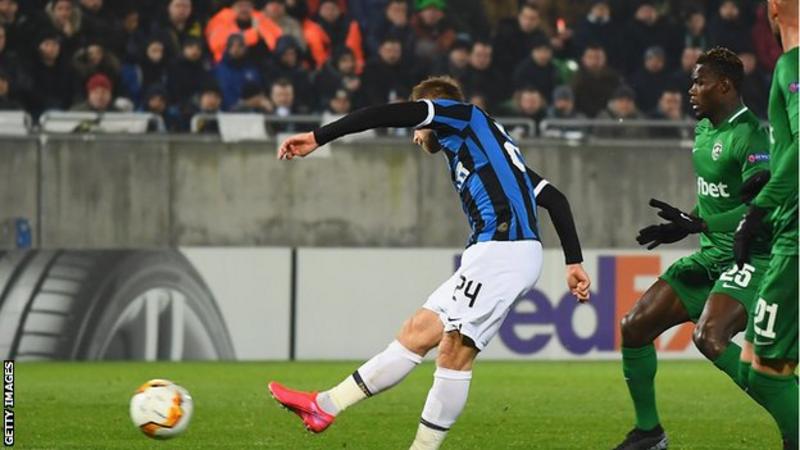 Christian Eriksen scored his first Inter Milan goal as the Italians won at Ludogorets Razgrad in the Europa League last 32. The former Spurs midfielder slotted home from the edge of the area after Romelu Lukaku’s lay-off with about 20 minutes remaining. The Dane also hit the bar with a drive from 25 yards before Lukaku sealed the win with a penalty in added time.

The second leg takes place at the San Siro next Thursday (27 January). Since joining Antonio Conte’s side Eriksen had played 137 minutes across five matches but failed to register a goal or assist. However, on a night that Inter controlled – limiting the hosts to just one off-target effort – his calm finish into the bottom right-hand corner past Plamen Iliev demonstrated his quality. Manchester United loanee Alexis Sanchez also played for Inter alongside former Chelsea winger Victor Moses and Ashley Young came off the bench as a second-half substitute.