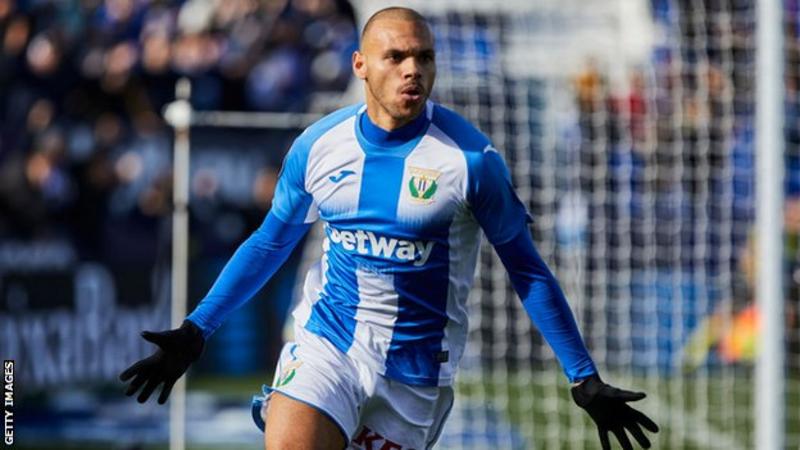 Barcelona have completed the controversial emergency signing of Danish striker Martin Braithwaite from Leganes for 18m euros. La Liga gave Barcelona permission to make a signing outside the transfer window after Ousmane Dembele was ruled out for six months with an injury. La Liga rules allow clubs to apply to make new signings if a player is ruled out for more than five months. Braithwaite’s contract will run until the end of June 2024.

His deal also includes a buy-out clause of 300m euros. The rules allowing Barcelona to sign the 28-year-old stipulated the player they brought in must be a free agent or already playing in Spain and that they can not play in UEFA competition. Braithwaite signed a four-year-deal at Leganes in July following a spell on loan from Championship side Middlesbrough last season. He scored eight goals in 27 games since joining them permanently and has six of Leganes’ 18 league goals so far this season. Leganes are in the relegation zone of La Liga and have lost the forward, capped 39 times by Denmark, after Barcelona met his buy-out clause. “We will raise our voice,” said Leganes director general Martin Ortega. “We are in a situation of enormous and serious damage. “We cannot understand the current regulation that a club, having a long-term injury, can perform this operation unilaterally and transfer their problem to our club. “We consider that there is a regulation that is unfair, from which Barcelona has benefited. The one who is damaged by this is Leganes.”